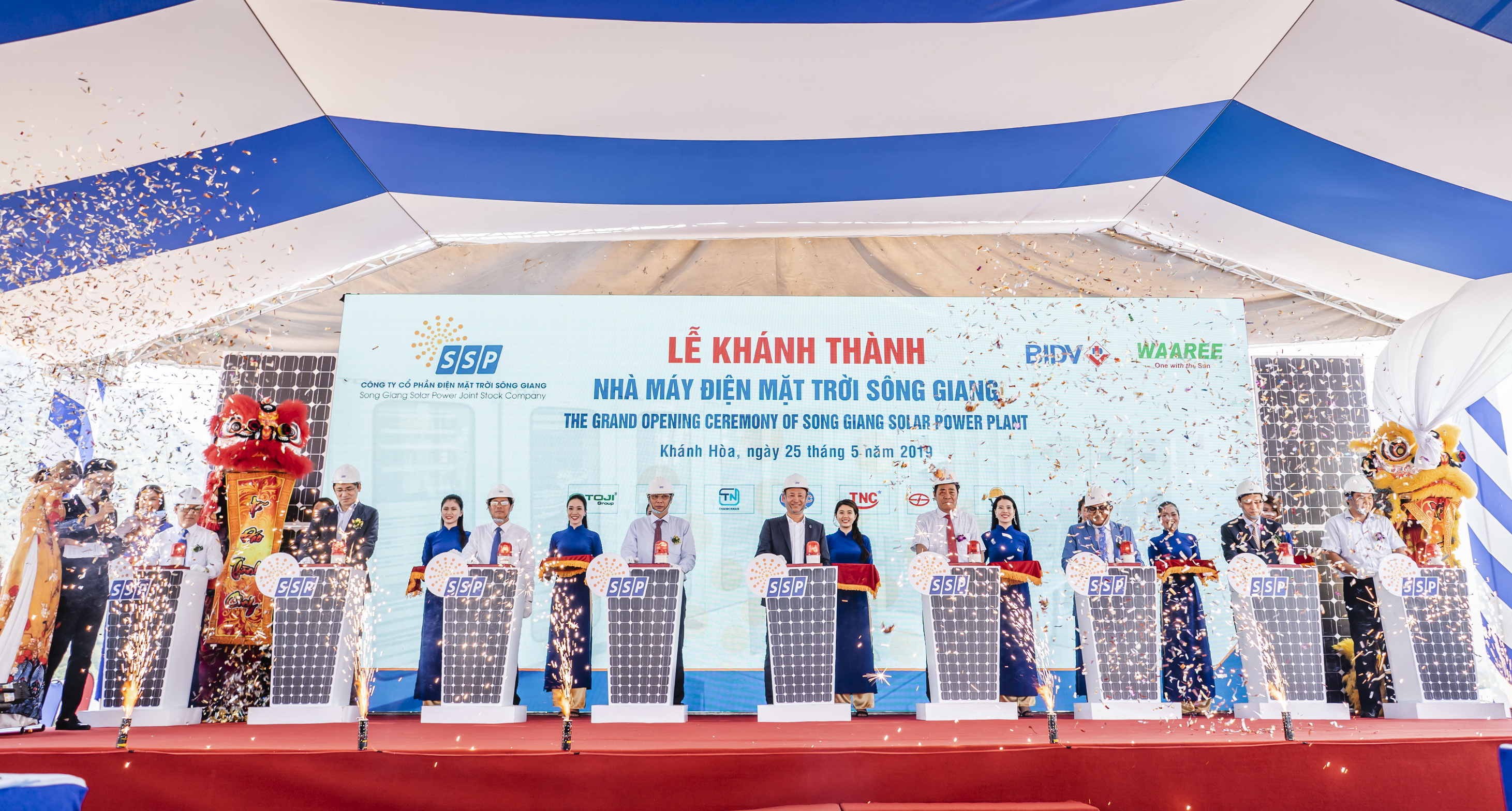 Song Giang solar power plant started construction in November 2018. After 6 months of construction, the plant energized on April 15 and officially operated commercial electricity on 8-5. The project is built on an area of ​​about 60ha with a total investment of nearly VND 1,200 billion. The total capacity of the plant reaches 50MW and the capacity of each battery is 365Wp. When commissioned, this solar power plant will provide the national electricity system with more than 80 million kWh per year.

Speaking at the grand ceremony, Mr. Le Thanh Quang praised and appreciated the investor’s efforts. At the same time, it is recommended that the investor closely coordinate with the local authorities and relevant departments, agencies to implement the management and operation process to ensure that the power plant operates absolutely safe, stable and correct the current regulations. In addition, Song Giang Solar Power Joint Stock Company should actively participate in the implementation of social security, job creation for local workers, contributing to promoting economic development and improving living standards. local people.