Facing the hot and sunny situation in Khanh Hoa province, Khanh Hoa PC has strengthened the checking of power sources, power grids, monitoring of the situation of load, making plans for conversion, increasing capacity of transformer stations. Pressure (TBA), … to ensure sufficient capacity to serve the demand for electricity for people in the hot season, especially the need to use air conditioners and cooling devices.
In April, the hot weather was fierce, the cooling equipment operated with large capacity and intensity, making the electricity consumption of the people increase sharply. According to the statistics of Khanh Hoa PC, the maximum electricity consumption capacity in April 2019 in the whole province reached 395 Megawat (MW), an increase of 17% compared to the same period of 2018. In particular, the total electricity output consumption in daily life increased by 20% and more than 40% of customers had a power consumption increase of over 30% compared to March 2019.
In order to serve the sudden increase in electricity demand, Khanh Hoa PC has strengthened to check the load status of the substations at peak time, set up the construction plan against overload, … to ensure stable power supply. It is safe during the hot and sunny season in the whole province. 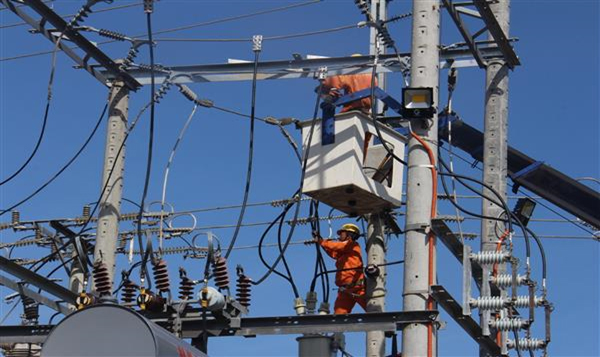 Accordingly, in April and early May 2019, the whole Khanh Hoa province had 92 transformer stations (TBA) with a total capacity of 19,745 kVA being constructed to increase capacity, new installation and position switching; in which the capacity will be increased to 14 substations, newly installed: 41 stations and switch: 37 stations; mainly concentrated in some areas with high growth rates such as: Nha Trang center, Cam Ranh city and Cam Lam district. The increase of capacity and construction of new substations will help the electricity industry implement the separation of the existing load to improve the power supply capacity to meet the needs of people.
In addition, in order to prevent and limit short-circuiting and limiting incidents of electricity during the hot season when the temperature rises, Khanh Hoa PC has also strengthened the handling of grid problems after periodic inspection. , strengthen the temperature measurement of joints with thermal cameras … in order to take initiative in the prevention of electricity problems, avoid damage to property and people.
In addition to efforts to ensure safe and stable power supply in the province, Khanh Hoa power sector strengthens extensive propaganda to agencies and offices, people need to use electricity economically. and effective. Especially how to use air conditioners, proper cooling devices and power saving.
Air conditioning system is considered to be effective when customers choose a machine with a capacity compatible with the room and set the daytime temperature 24-25 ° C, night from 25-27 ° C. For fan, the customer is instructed to use it in moderate mode and unplug the fan from the power outlet after each use.
Households are also instructed to monitor the set temperature inside the refrigerator. Accordingly, the user should adjust the temperature appropriately for the refrigerator because on average, a temperature of 10 ° C is an additional 25% of the energy consumed. Therefore, it is necessary to set the temperature in the freezer in the cold mode from 3 – 6 ° C, the freezing mode is 15 – 18 ° C.